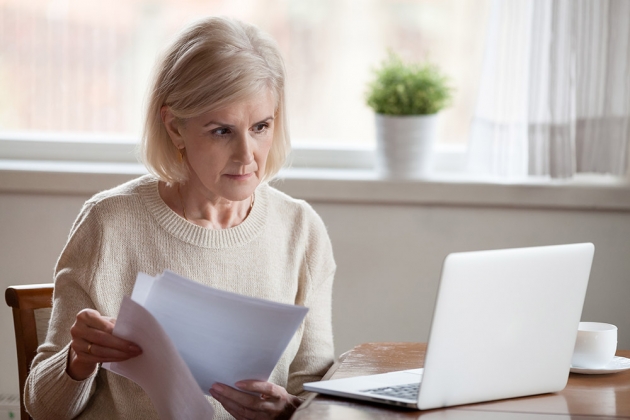 The problems encountered by the NHS in assessing Continuing Healthcare Funding were highlighted in the recent House of Commons Committee of Public Accounts (NHS continuing healthcare funding) Thirteenth Report of Session 2017-19, which said in summary:

“NHS continuing healthcare (CHC) funding is intended to help some of the most vulnerable people in society, who have significant healthcare needs. But too often people’s care is compromised because no one makes them aware of the funding available, or helps them to navigate the hugely complicated process for accessing funding. Those people that are assessed spend too long waiting to find out if they are eligible for funding, and to receive the essential care that they need. About one-third of assessments in 2015−16 took longer than 28 days. In some cases people have died whilst waiting for a decision. There is unacceptable variation between areas in the number of people assessed as eligible to receive CHC funding, ranging from 28 to 356 people per 50,000 population in 2015−16, caused partly by Clinical Commissioning Groups (CCGs) interpreting the assessment criteria inconsistently. The Department of Health and NHS England recognise that the system is not working as well as it should but are not doing enough to ensure CCGs are meeting their responsibilities, or to address the variation between areas in accessing essential funding. NHS England wants CCGs to make £855 million of efficiency savings in CHC and NHS-funded nursing care spending by 2020−21, but it is not clear how they can do this without either increasing the threshold of those assessed as eligible, or by limiting the care packages available, both of which will ultimately put patient safety at risk.”

We know that interpretation of the 12 Care Domains set out in the Decision Support Tool at a Full Assessment, is subjective. Hence, it is possible for two different assessors to assess the same individual’s eligibility for NHS Continuing Healthcare Funding (CHC) but come up with a completely different conclusions as to their entitlement for CHC Funding.

The inconsistency as to who does and doesn’t get NHS Continuing Healthcare Funding has often been described as a ‘postcode lottery’.

Victoria Derbyshire BBC’s Show recently exposed this NHS scandal and the nationwide lottery as to who is likely to get CHC Funding is mirrored in our funding map.

Whilst we recognise that every patient’s care needs will be different, the NHS assessment process allows for too much subjectivity, which unfortunately can lead to abuses of process, and funding being declined or withdrawn when it is clearly needed.  We see individuals who should ordinarily get CHC Funding being wrongly turned down or having it removed upon reassessment.

This could be due to a number of potential reasons, including the CCG’s appointed assessors having insufficient training; not getting to grips with the National Framework for NHS Continuing Healthcare Funding; carrying out cursory or grossly inadequate assessments; attending assessments perhaps with a wrongly preconceived view as to the outcome ie that the individual just won’t qualify for CHC because they have social and not healthcare needs; they don’t listen to the family members who know their relative’s needs best; or simply because they are adopting a partisan approach to protect NHS budgets for ‘financial gatekeeping’ reasons (albeit that, of course, will never be admitted as it is contrary to the National Framework!)

We question whether the system is fit for purpose and whether there is a lack of independence within the Clinical Commissioning Groups when carrying out their assessments for CHC Funding.

There is generally no issue with individuals being screened at the initial Checklist stage and moving forward to a Full Assessment, where appropriate. However, too often we find that individuals are wrongly refused CHC Funding at CCG ‘local level’, or on appeal at a Local Resolution Meeting (also conducted by the same CCG!). We know from the number of appeals we conduct for families, that too many individuals are turned down for CHC Funding initially, then go on successfully to receive funding on appeal. There is clearly a failure in the system, as too many valid claims for CHC Funding are turned down.

If CCG assessors are competent and fair when carrying out their assessments, then why do so many people get CHC funding awarded or reinstated at an Independent Review Panel Appeal carried out by NHS England – the ultimate independent review body?

If proceeding to appeal at NHS England, families can expect many years of frustration and anxiety as they battle for CHC Funding for their relative. As we know, it can take several years from completing the initial Checklist assessment to a Full Assessment (using the Decision Support Tool), and if refused, wading through the tiered Local Resolution Appeals process, and ultimately on to appeal before NHS England. The average waiting time from a Local Resolution Meeting to an Independent Review Panel Meeting is currently anywhere between 8 to 12 months, followed by another lengthy wait to get NHS England’s final written decision.

NHS England are currently inundated by a backlog of appeals stacking up.  All require careful consideration as you would expect. Essentially, this appeal is your last real opportunity to get CHC Funding for your relative. Don’t rely on the PHSO (Parliamentary and Health Ombudsman!)

However, in our experience, we believe that the NHS assessment system is failing families and has been for years, as confirmed by the House of Commons Committee of Public Account (see above). If Clinical Commissioning Groups were carrying out fair and robust assessments at first instance at local level, which are transparent, fair, accurate and robust – then inevitably there would be less appeals.  Confidence would be restored, and families could be comforted that the system is working for their benefit, with care being provided free of charge at the point of need.

The amount of appeals pending or in process, and time and energy spent by families arguing with the NHS would be dramatically reduced. Early successful outcomes would prevent undue stress, anxiety and anguish for families who would not have to fund expensive care for their relative from hard earned savings or the sale of assets (usually a home), whilst pursuing an appeal.

Full Assessments should be undertaken by two or more professionals from different healthcare professions – a healthcare and a social services care professional.  They should be fully trained in the assessment process and knowledgeable about your relative’s daily healthcare needs. Sadly, it is common for some assessors not to have been fully trained in the National Framework processes or have even met your relative prior to the assessment. That’s where some of the problems lie.

Indeed, we have learned that some social workers are not independently trained but are in fact actually trained by CCG workers. Arguably, could this compromise their independence and cloud their thinking?  We have been supplied with evidence from an enquirer who sent us copy correspondence from a social worker, who wrote to him as follows:

This startling revelation not only confirms that the social worker has had no training in the eligibility criteria for CHC, but moreover, merely follows the CCG’s lead as to what constitutes a primary healthcare need and what is a social need. The distinction is, of course, critical because healthcare needs are provided by the NHS, and are free of charge regardless of wealth; whereas, social needs are provided by the Local Authority and are means-tested (and could mean you have to pay for your relative’s care!).

How can individuals, their families and advocates have confidence in the NHS Assessment system if some of the appointed representatives carrying out assessments admit they have not had independent training and merely follow what has been told to them and follow the CCG’s ‘party line’? Perhaps it’s a case of the ‘blind leading the blind’? That doesn’t inspire faith in a robust NHS assessment process. It’s no wonder that many cases go on to successful appeal.

We strongly suggest that in any Full Assessment, you ask:

In any event don’t sign any agreement to the Decision Support Tool as it might prejudice any subsequent appeal.

Were you told about the Multi-Disciplinary Meeting taking place?

Are You Means Tested For Care Home Fees?