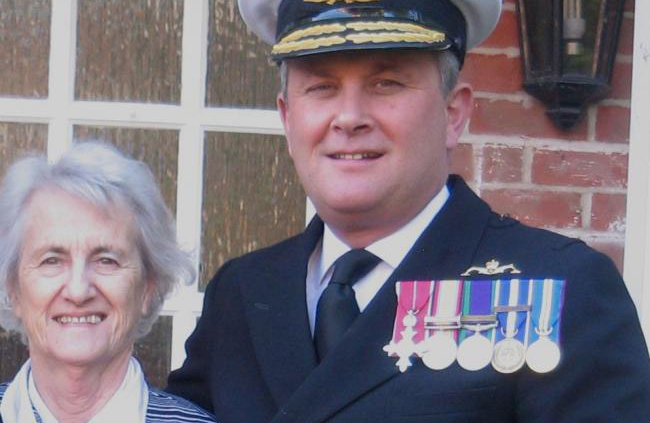 NHS Continuing Healthcare Funding (or ‘CHC’ for short) is a package of care that is funded by the NHS for those individuals who have a ‘primary health need’ – ie whose care needs are over and above what the Local Authority can lawfully provide.

This principle was established in the landmark Court of Appeal case in Pamela Coughlan v North and East Devon Health Authority (1999) and the rationale has since been incorporated into the Care Act 2014 and is included in the National Framework for NHS Continuing Healthcare Funding (revised 01.10.2018).

The National Framework is the definitive guidance which NHS practitioners should adhere to when assessing individuals for their eligibility for CHC – free funded care.

The National Framework states these core principles, summarised below:

This all sounds quite straightforward so far. You pay tax and at the point you need free care from the NHS for your long-term healthcare needs, you should get it, right? Not quite. Read on…

CHC is for individuals who have intense, complex or unpredictable healthcare needs that are above and beyond what a Local Authority can legally provide. There is a fine dividing line as to which care needs fall on the NHS side, and which fall into the remit of the Local Authority. That is the cause of much debate as the outcome determines who pays for your care. In short:

The problem with the National Framework, is that its guidance is open to interpretation and that can lead to it being applied by practitioners subjectively. Subjectivity, in this arena leads to inconsistency in its application, disparity in decision outcomes, and the potential for misinterpretation, abuse of process or ‘rule bending’ to suit the cause.

That said, most individuals embarking on seeking CHC for their relative, or who are already entrenched in the assessment or appeal process, will generally struggle to get to grips with 167 pages of National Framework text that has little to help them by way of practical examples of what to do or how to go about the funding process.

Despite the catch phrase in the National Framework that the CHC assessment process is intended to be ‘person centric’, it is really designed with NHS practitioners in mind. They will get training and instruction in its use and application. The average family will therefore be at a significant disadvantage, and from experience, are likely to be overwhelmed when applying for CHC or challenging the NHS in respect of any abuse of process or flawed outcome. Studying the National Framework is one thing; arguing for your relative’s entitlement to CHC, face-to-face with trained NHS assessors, is another!

Families often tell us how they found the process intimidating and some felt the NHS assessors came with a pre-determined outcome and didn’t want to listen. The National Framework does not prepare individuals how to go about the CHC process, nor how to best present their relative’s case or appeal.

The other area of concern is that the inconsistency in applying the National Framework has always caused a nationwide variance as to which areas of the country are more likely to award CHC. This is often referred to as the ‘postcode lottery’. See our CHC Funding Map for more information.

The result is that many thousands of people who might be entitled to CHC are missing out and are paying for their care unnecessarily – often having to sell their homes or use life-time savings, instead of having their healthcare needs paid for in full by the NHS, free of charge. This has been described in the press as a ‘national scandal’ and sometimes referred to as the ‘NHS’s best kept secret’. For additional reading, see the National Survey results that we commissioned which have provided some startling statistics!

Victoria Derbyshire raised public awareness of this financial scandal when she launched a full investigation into the depth and scale of the matter in her excellent BBC documentary in June last year (2019). Her programme featured one of our directors, Andrew Farley, and also retired Rear Admiral Mathias. Admiral Mathias, former nuclear submarine commander and Director of Nuclear Policy at the Ministry of Defence, told the story his personal lengthy fight spanning several years to get CHC for his late mother. He mentions the hurdles he had to overcome to win his case and successfully recover £200,000, retrospectively, in wrongly paid care fees that should never have been paid had his mother been correctly assessed for CHC.

Admiral Mathias, has previously been quoted in the Daily Telegraph as saying: “In terms of complexity, the mental capacity required and the analysis skills needed, applying for CHC funding was as complex as some of the nuclear deterrent policy I worked on.”

You can read more in our blog: Andrew Farley, Solicitor, on the BBC Victoria Derbyshire Show

Admiral Mathias featured again in the national press only recently at the top of page 2 in the Daily Telegraph (01/10/20). In case you missed it, we have copied some salient paragraphs from Henry Bodkin’s article below:

Joy Mathias before her illness, with son Rear Admiral Philip Mathias who is campaigning against inequalities in CHC funding.

The former head of Britain’s nuclear deterrent is suing Matt Hancock to force the NHS to pay for elderly patients’ long-term health costs.

If successful, the threatened judicial review by Rear Admiral Philip Mathias could cost the health service £5 billion in paid back medical fees.

The case concerns the failure by local NHS bosses to pay for the continuing healthcare (CHC) of tens of thousands of eligible patients a year.

It follows an investigation by The Telegraph which found that officials’ refusal to fund the costs was forcing patients to languish in hospital, or to pay sometimes hundreds of thousands out of their own pockets to manage conditions such as Parkinson’s and dementia.

Under national CHC rules, any patient with a significant health problem should have their care and nursing fees paid in full by the NHS, provided their condition is the main reason they need help.

This is distinct from means-tested adult social care, which is funded by local councils.

However, analysis reveals an up to 20-fold variation in the chances of securing CHC funding between different NHS clinical commissioning groups.

Meanwhile NHS “snapshot” data shows that, nationally, the number of people eligible for long-term funding has actually gone down, despite an ageing population suggesting that the demand should be higher.

Patient charities have complained of a labyrinthine and attritional application process that forces patients to give up or wrongly persuades them they are not eligible.

Rear Admiral Mathias, former director of nuclear policy at the Ministry of Defence, believes up to 10,000 people are unlawfully denied CHC each year.

He was forced to fight a two-year battle involving more than 100 letters with Wiltshire CCG to recover £200,000 paid by his 90-year-old father to fund his mother, Joy’s, nursing home fees, which the organisation should have funded.

With the help of Ian Wise QC, he has now launched legal proceedings with the “strategic intent” of changing NHS behaviour across the country.

“In terms of the sheer scale of this scandal, measured by the significant number of old, ill and vulnerable people adversely affected and the huge level of unlawful financial deprivation, this is very possibly one of the biggest government scandals of modern times.”

Rear Admiral Mathias said that on the basis that the 50,000 people allegedly unlawfully denied CHC over the past five years had, on average, had to pay £100,000 – a “reasonable assumption”, he said – then the NHS could be liable for £5 billion, if the judicial review is successful.

He said a win in court could be the most significant judgment since that concerning payment protection insurance (PPI).

He added: “The Department of Health and Social Care and NHS have grossly violated the human rights of some of the most vulnerable people in society, discrimination based on age and disability, with many being unlawfully forced to sell their homes when their care should be funded by the NHS.”

The former submariner is launching a Crowd Justice appeal on Thursday to raise the £30,000 needed to fund the first stage of the judicial review.

A key plank of his case will be to challenge the secretary of state to explain the significant variations chances of receiving long-term health funding across the country.

You don’t have to be a lone soldier like Admiral Mathias and fight your CHC battles alone.

Farley Dwek Solicitors provide a wide range of legal services that cover every aspect of CHC, start to finish. We have many years of expertise supporting families to fight for their entitlement to get the free funded care their relative deserves. Whether your relative is about to go into a care home, is already in a care home or is seeking to retrospectively recover care home fees that were wrongly paid, we can help.

We offer nationwide coverage and coupled with our team of expert CHC nurses, we provide a unique blend of both professional legal and clinical expertise, advice and advocacy services – so that you don’t have to fight your battle for CHC alone.

Get in touch if you need help and email your enquiry to us at: enquiries@farleydwek.com.

Want to join the discussion?
Feel free to contribute!