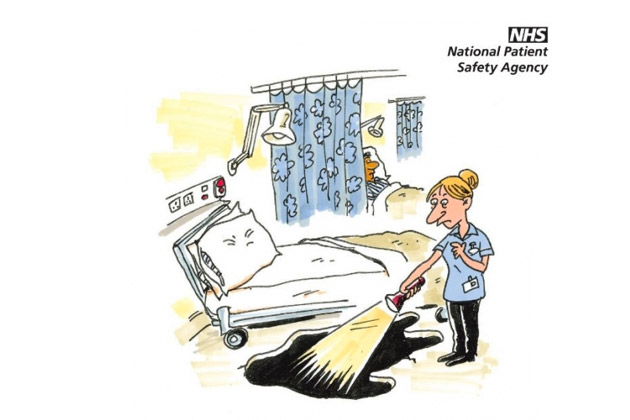 It is a sad but common fact that unfortunately, as people become more elderly and frail, they tend to be less steady on their feet and fall more frequently. If unlucky, they can sustain nasty injuries – usually to their hip, shoulder or arm, which necessitates hospital admission sometimes followed by surgery.

Whilst helping families with their elderly relative’s claim for NHS Continuing Healthcare Funding, we have also come across a number of such unfortunate incidents with patients falling out of hospital beds – particularly following such surgical procedures.  Read more below.

The sides of the beds should be put up to prevent patients from falling out of bed whilst they are still recovering from the anaesthetic post-surgery.

We recently acted for an elderly lady who was admitted to A&E and then subsequently transferred to an acute medical unit and from there to a private side room.  The staff got her out of bed at some stage in the night to change the sheets but then forgot to put the side rails up again after she returned to bed. In the morning she was then found on the floor and upon examination it was noticed she had suffered various fractures – hip and arm.  It was evident that this lady had fallen out of bed.  Prior to her fall, upon observation, she had a high temperature, was delirious and suffered with confusion.  She was not able to fully communicate her needs.  Given her state of delirium and poor cognition it would have been appropriate to have left the railings at the side of the bed upright to manage her safety.  Had that been the case, she could not have fallen out of bed and her injuries would not have occurred.

The NHS naturally denied all liability initially, but we were able to produce the NHS’s own statistics at the time that 1 in 200 patients fall out of a hospital bed!

We also referred the NHS to their own “Never Events List” 2011/12– which relates to “serious, largely preventable patient safety incidents that should not occur if the available preventable methods have been implemented by healthcare providers” – ie there are certain things that should never happen in a hospital environment. We also sent the NHS their own  cartoon below – which really speaks for itself.  Leaving the side rails of the bed down is against the hospital’s Bedrails policy and one of those events that should never have happen. In our clients’ cases, had the bedrails been put up, the severe injuries suffered would never have been sustained.

If you know of a similar incident, why not get in touch and see if we can assist you with a claim for compensation.