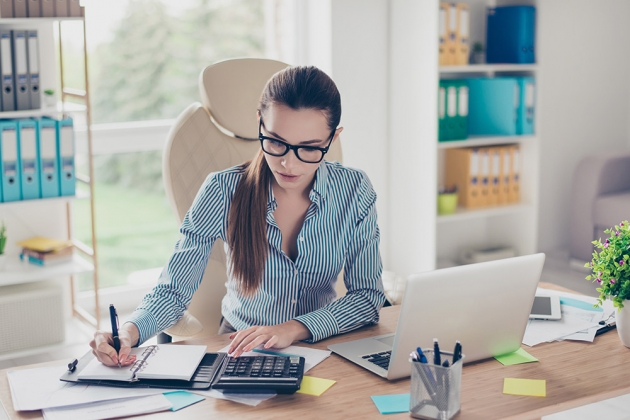 Why are the NHS wasting cash on CHC retrospective claims?

Farley Dwek have a wealth of experience in retrospectively recovering care home fees that have wrongly been paid following incorrect, improper or flawed assessments for NHS Continuing Healthcare Funding (‘CHC’ for short). Here are a couple of recent examples where we have successfully recovered significant sums for families who were wrongly denied CHC Funding.

We acted for ‘Patricia Rice’ (not her real name) in relation to a retrospective claim against the Clinical Commissioning Group (CCG) to recover care fees that were paid to the care home (between 2009 and 2012) following a flawed assessment for CHC Funding.

We notified the CCG prior to the deadline to register a retrospective review in September 2012.

In Patricia’s case, the CCG took 6 years to review this matter and then make a manifestly incorrect decision – quite disgraceful. It then took another year to complete the appeal in which they conceded Patricia was eligible for CHC Funding in her lifetime after all.

The CCG have now agreed to reimburse Patricia over £140,000, including backdated interest of £26,000. What a waste of public funds!

Mrs G (to protect her identity) instructed Farley Dwek to carry out a retrospective review  to see if she was eligible for CHC Funding between 2006 and  2008.

Your entitlement to interest

In addition to the actual care home fees that are reimbursed, CCGs are also obliged to pay interest.

According to the Refreshed Guidance, the whole essence is to put the claimant back in the position they would have been in but for the CCG’s maladministration (errors and incompetence) when failing to assess the individual correctly at the outset.

1.4 “This guidance also retains the previously established principle that “where maladministration has resulted in financial injustice, the principle of redress should generally be to return individuals to the position they would have been in but for the maladministration which occurred.”

2.4 “The purpose of redress is solely to restore the individual to the financial position they would have been in had NHS Continuing Healthcare been awarded at the appropriate time.”

What rate of interest am I entitled to?

Previously, from March 2007 until 1 April 2015, interest was typically paid at the statutory court rate of 8% per annum (even though no court proceedings took place).

From experience, interest on retrospective claims can be significant and amount to a high percentage of the restitution sum to be repaid.  That seems fair. If the CCG had conducted an accurate and robust assessment in the first place (or not wrongly withdrawn funding), many thousands of families would not have had to dip into their hard-earned life savings or been forced to sell their parent’s home unnecessarily to pay for their care – which should have been paid for by the NHS. Interest goes some way to redressing the loss of use of that money and putting the individual back to the position they would have been in, but for the CCG’s maladministration.

With effect from 1st April 2015, new Redress Guidance was issued and recommended that interest is generally now payable at RPI rates – approximately 1- 2% per annum, which is of course much lower than the previous statutory rate of 8% per annum.

Paragraph 1. 6 states: “The guidance recommends that the Retail Price Index is the appropriate interest rate to apply to redress.”

So, it’s no surprise that CCGs are keen to adopt RPI rates when calculating interest payable.

However, it does not state that this is the only interest rate that is appropriate. The Redress Guidance goes on to state:

“1.5. This guidance does not remove the requirement for CCGs to consider the specific circumstances of each individual case when determining the appropriate level of redress.”

“3.2. CCGs are independent decision-making bodies. When making redress payments they should employ a transparent rationale and ensure they fully consider the individual circumstances of each case, taking legal advice where necessary. CCGs have the discretion to consider making ex-gratia payments, over and above the care costs and interest, however, these are expected to be exceptional and would need to be made in accordance with a CCG’s own Standing Financial Instructions and any other pre-requisite guidance.”

So, if the CCG’s delays or their conduct in processing the assessment or appeal has been unreasonable, you can, in ‘exceptional’ circumstances, try and argue for a higher rate of interest. Don’t just accept RPI if the specific circumstances of the case dictate otherwise!

If the CCG has behaved unreasonably, as seen by the examples in scenarios 1 and 2 above, then argue for 8% interest. Had the CCGs dealt with matters expediently, more efficiently and robustly, both cases should have been resolved long before 1st April 2015, where the claimants would automatically have been awarded interest at 8%. However, due to the CCGs dragging their heels, neither case was finalised until well after 1st April – enabling the CCGs to argue that they should only have to pay lower interest at RPI rates. This is completely unfair.

In both scenarios above, it was found that the CCGs had wrongly assessed the individuals, forcing them to pay for their own care, and now to add insult, seek to hide behind the updated Redress Guidance by only offering lower interest – when they were at fault in the first place.

When CCGs provide their interest calculation, they have latterly been withholding 20% of the interest element payable and putting it aside pending the outcome of an ongoing dispute with the Inland Revenue. In all the years, claimants have been able to receive their restitution payment with interest, entirely tax-free.

However, the Inland Revenue now claims that the interest element is taxable income under the Income Taxes Act 2007, and as such, successful claimants should pay basic rate tax at 20% (even though some individuals may be below the tax threshold!). Personal injury claimants, and those who have suffered from clinical negligence, receive their compensation tax-free. So, why should CHC claimants be penalised and treated differently? The restitution and interest is merely putting them back to the position they would have been in, but for the CCG’s failings. They are not receiving a ‘windfall’, but simply their entitlement to recompense for monies which were rightfully theirs in the first place! It is the Inland Revenue who are taking advantage and gaining a windfall, not the successful claimant!

The matter is under appeal, and hopefully, the CCGs will prevail, and the sums withheld on all cases will be released to claimants again, tax-free.

We support the NHS in their appeal to get this matter resolved, which will hopefully go a little way to redressing the balance for claimants.