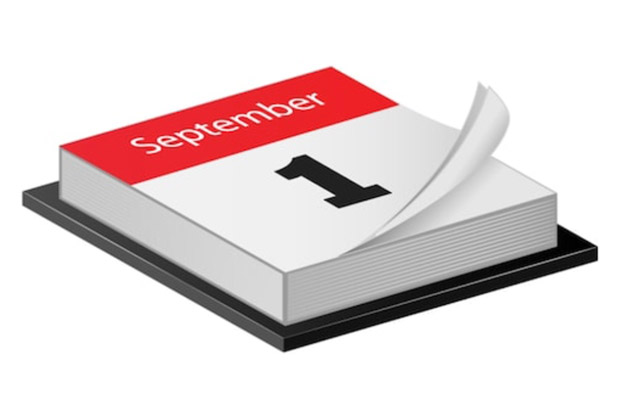 CCG assessments & appeals due to restart from 1st September 2020.

CHC is a free package of care funded by the NHS which pays for an individual’s healthcare needs, including their social care needs and accommodation. CHC is free at the ‘point of delivery’ i.e. when you need it, and is paid irrespective of your financial means or the setting where the care is provided – be it in your own home, a care or nursing home, hospice or other care facility. So, essentially, if you have a ‘primary health need’ – meaning that the main reason for care is due to health reasons rather than social care needs – all your assessed healthcare needs should be paid in full by the NHS and you should not be asked to contribute.

Furthermore, as CHC includes the cost of your accommodation, it is unlawful for care homes to charge ‘top-up fees’ for your relative’s assessed healthcare needs. Challenge your care home if they seek to charge your relative for the shortfall in the cost of CHC care being funded by the CCG and the higher cost of care of keeping them as a resident in that home.

Assessments and appeals for CHC Funding and appeals against CCG decisions to refuse or withdraw funding, were progressing on a relatively even keel. Some CCGs were notably more proficient and on top of their game than others, but by and large, the CHC process was moving forward again after many years of infuriating and exasperating delays.

These delays were caused primarily as a result of an explosion of new claims that flooded into the CHC system when the Department of Health imposed a deadline to register retrospective reclaims (for wrongly paid care fees dating back to 01/04/2004 – 31/03/2011) by 30th September 2012. A second deadline was then introduced shortly afterwards to register any retrospective claim for funding between 01/04/2011 to 31/03/12, by 31st March 2013.

In practical terms, CCGs were swamped with thousands of new claims, many of which were potentially spurious, unmeritorious or delusional, as people scrambled to register their claim at short notice just to protect their position. Many claims management companies who saw this as the next ‘PPI’ jumped on the bandwagon, too, despite not having the faintest clue about CHC or the eligibility process! So, from having around 2000 claims in the pipeline for CHC Funding, CCGs became inundated with an estimated 60,000 new claims, nationally, which clogged the system for years and led to inordinate and frustrating delays. Under-resourced CCGs just couldn’t cope with the volume of claims generated by their own deadlines.

The result: It has taken years for CCGs to get on top of their backlogs, and we at Farley Dwek, know only too well the problems they have faced – as many of our clients have been on the receiving end of these delays. We have seen countless cases where CCGs have wrongly rejected or refused CHC Funding, only for it to be awarded (or reinstated) on appeal years later. Thankfully, we have seen a noticeable upturn in the last 18 months. Many historic cases, perhaps some as old as 5 – 7 years, are now reaching finality – having been forced by flawed CCG decisions to appeal all the way down the line to NHS England, and when necessary, to the Parliamentary and Health Service Ombudsman, to bring pressure on CCGs to reopen cases and conduct robust reassessments.

Our clients have enjoyed much success as a result of our intervention and relentless perseverance over many years, fighting for their entitlement to CHC Funding. However, many have found the whole CHC process stressful, daunting and infuriating, and the added delays over many years have often taken their toll on families whilst battling to secure funding for their relative.

When COVID-19 became more prevalent, virtually all assessments and appeals were put on hold, postponed or deferred. Families who had been waiting for an assessment of their relative’s eligibility for CHC Funding, or were waiting for an appeal hearing, feared their cases would be pushed into the long grass and never see light of day again – reminiscent of the immediate position post 31st March 2013 deadline. In the meantime, families could be obligated to run down savings and investments or sell assets to pay for their relative’s care, whilst awaiting a decision.

However, the coronavirus pandemic forced the Government into action. From 19th March to 31st August 2020, it provided emergency COVID discharge support funding – designed to help hospitals speed up discharging patients where clinically safe to do so in order to free up beds, whilst providing the patient with funding to assist their recovery, rehabilitation and reablement. This emergency funding will continue for those already in receipt of it during this period, until such time as they are formally assessed for CHC Funding.

In the meantime, your relative should not be asked to pay for their care if this funding is in place.

The emergency COVID funding ceased on 31st August for any new hospital discharge cases beyond this date.

Instead, with effect from 1st September 2020, anybody leaving hospital and requiring new care and support will be automatically funded for 6 weeks. During this period the NHS should carry out an assessment of their longer-term healthcare needs and also communicate their decision within this same 6-week timeframe.

In default, the NHS (and/or Local Authority) may be obligated to continue paying for care after this time. So, it is in their best interests to get these assessments underway expeditiously if they want to protect their budgets. However, whilst waiting for an assessment, your relative should not be asked to pay for their care.

If, prior to being discharged from hospital, your relative was already in receipt of an existing care package of funded care, whether provided by the NHS or Local Authority, that funding will continue and be paid for by the same organisation.

Similarly, if your relative was self-funding and paying for their care out of private means, that position will remain the same, too, until an assessment for CHC Funding takes place.

If, upon assessment, your relative is found eligible for CHC Funding, any care fees paid whilst waiting for an assessment, will be reimbursed to them.

Although this is a great initiative by the Government, it does beg the question as to how CCGs will cope with all these new assessments which have to be completed within 6 weeks following discharge from hospital, plus integrate all the thousands of postponed assessments and appeals that were pending pre 19th March 2020 and deferred due to COVID, but also at the same time incorporate the many hundreds of new assessments filtering into the CHC system daily. This will be a mammoth logistical challenge for all CCGs, who will need to recruit and train additional staff to complement their existing CCG teams, whilst simultaneously integrating CHC staff returning from redeployment at hospitals. The less well-organised and under-resourced CCGs may flounder badly under the new reintroduction guidance, and worryingly, this could see a return to the post 31st March 2013 position once again.

Regardless of the efficiency measures introduced, there will inevitably be huge backlogs and delays created as CCGs practise ‘damage’ limitation and juggle their budgets. Some unknowns:

Make no mistake, CCGs have a huge task ahead of them if they are going to be able to manage the whole CHC assessment and appeal process robustly and steer a steady ship and keep CHC Funding moving forward on an even keel. It is too early to tell yet, and we shall all have to wait and see…

If you need professional expert help with your relative’s assessment, review or appeal, do get in touch. Send your enquiry to: enquiries@farleydwek.com

Want to join the discussion?
Feel free to contribute!